Mr. Woods has been writing screenplays, television shows and books since attending the University of Southern California’s School of Cinematic Arts in the early 1990s. Prior to this he was CEO of USA Print, a print brokering company with printing facilities in the Philippines, and TFM Corporation, an aircraft production company located in Gardena, California.

As a result of proprietary technologies it developed in interactive television, indietv.com spun off and founded iRequest.com. iRequest filed worldwide patents for the business model of ordering (requesting) products and information while viewing content on various platforms (TV, mobile, computer devices) for delivery at a later time to a specified location (i.e. email or mobile devices).

His first fiction novel, Return to Treasure Island has received numerous awards and recognition including the prestigious Silver Medal for Book of the Year by the Independent Book Publishers Association (IBPA) and Book of the Year for Young Adult fiction from the San Diego Writers Association. The book was forwarded by LeVar Burton of Reading Rainbow and Star Trek fame and was praised by Clive Cussler and Jack Butler.

His next book, Jesse James’ Secret was a creative blend of the biographical, historical and fictional novel genres and was the basis for Jesse James’ Hidden Treasure.  A two-hour special shown on the History Channel and executive produced and written by Mr. Woods, the program was a top-rated show for the network. The book was nominated for an award by the San Diego Writers Association for Biography.

His next project is the first in a series of action/adventure books based on The Seekers entitled Lost Tomb of Alexander.The series is based on John’s fascination and passion for Unexplained Archeology and will be a fully interactive and immersive experience combining books, games, websites and music, taking advantage of the latest technologies within each category. The Lost Tomb of Alexander, The Seekers Book I is available now.

The Crusaders has been a work in progress for John for 45 years: the story of his growing up with his friends in the 1960s in Southern California.  It is a heartfelt narrative of their adventures and bonding friendships during those unique and life-changing times. Referred to as the ‘American Graffiti’ of the ‘60s, it is both humorous and poignant. 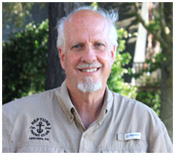 John is now working on another series of books titled Southern Man, an action/adventure tale based on a man and his former slave after he returns home to the south and experiences the effects of reconstruction. It is due out in the fall of 2015.

Additionally, Mr. Woods designed and built a tree house which was featured on Look What I Did. It is now a bed and breakfast on Widbey Island, Washington.

You can view John’s author page at waterside publishing by click here. 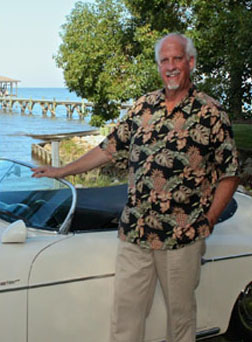 Return to Treasure Island is… a first class sequel to the original. John O’Melveny Woods has skillfully brought us back into the life of Jim Hawkins in the most successful way imaginable.
LeVar Burton

In the spirit of the original, “Return to Treasure Island’ is a fun and fascinating read for those seeking an old school adventure novel of piracy and discovery.
The Midwest Book Review